Windows 10 free upgrade. Should we jump on the Windows 10 train?

Did you know that if you already have Microsoft Windows 7, 8 or 8.1 you are entitled to a free upgrade to Windows 10? Well this truly is a hell of a summer gift but as with all gifts one must always be careful. There might be a catch, so as I wonder in the title, should we jump on the Windows 10 train?

Windows 10 is a new slick OS, with some useful additions. For the mainstream user the most striking are the action center bar that comes up on the right of the screen by pressing the action center button, the new start button menu that is a lot better and it reminds us of the Windows 7 start menu, and last for the more observant ones, our own personal assistant, Cortana. Others – that are less noticeable but nonetheless very important – are the unified apps that work in all Windows 10 devices, a new browser called Edge, the Continuum that is very useful to the owners of convertible tablet/laptops, and last but not least some changes for the better under the hood. Let’s now see each point in some detail.

Most of us today use a smartphone. The smartphones have introduced, for some years now, a new way to access important information such as email or other notifications. Previously to check for new emails, one had to open the relevant application. Now the application runs in the background sending alerts through the notification area of the smartphone. In Windows 10 the new action center has almost the same functionality with some additions. So here you can turn your wi-fi on or off, set up a VPN, access the control panel and even take a note. 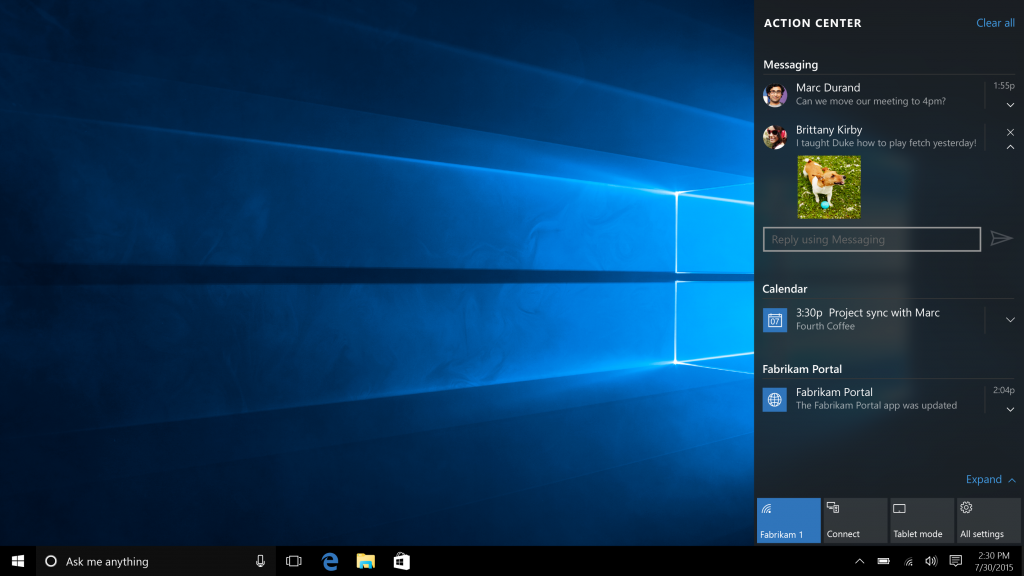 Before we begin, let us all admit that the Windows 8 approach for a UI was wrong. So wrong that many people who jumped on Windows 8 later wanted to go back to Windows 7. Microsoft tried to make things a little bit better by adding a start button in Windows 8.1, but that didn’t exactly cut it. In Windows 10 the start menu is finally back. This menu is greatly improved in comparison with the Windows 7 menu as it is more like a Windows Phone start screen. You can have tiles that can provide you with information such as weather, appointments etc. and also have all the functionality the Windows 7 menu had. 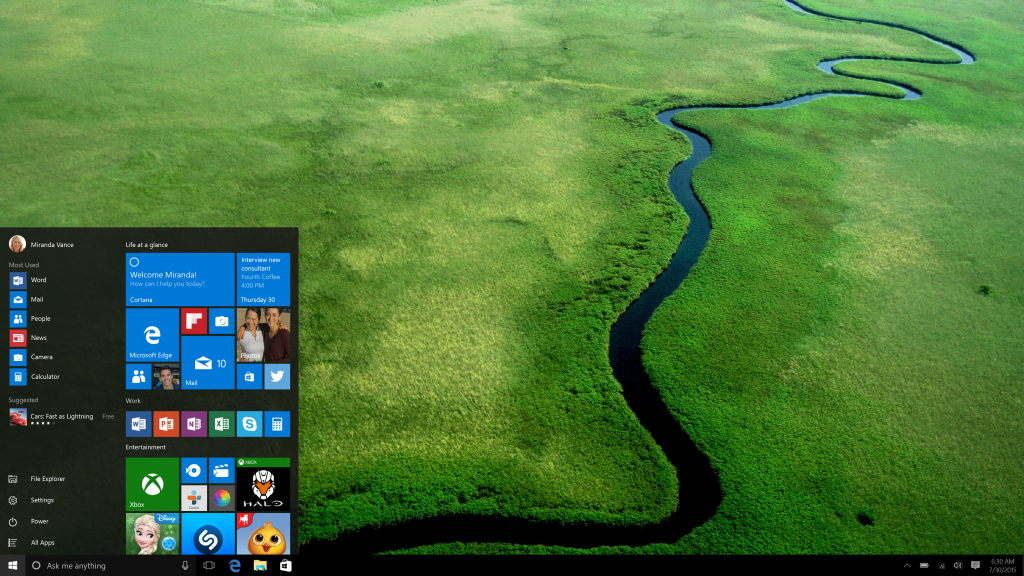 Your own personal digital assistant

Up to a few years back a personal digital assistant was a device built by Casio or Psion. After Siri and Cortana the concept has now changed. Being exclusively used on mobile phones, modern personal digital assistants were not really part of our desktops or laptops until recently. Microsoft chose to implement Cortana to Windows 10 – in some parts of the world at least – in its effort to unify the OS experience in all Windows 10 devices. This choice is actually very nice and increases usability. It sure needs some time getting used to but it definitely doesn’t get in the way, plus it can produce some really funny answers if the question is right. 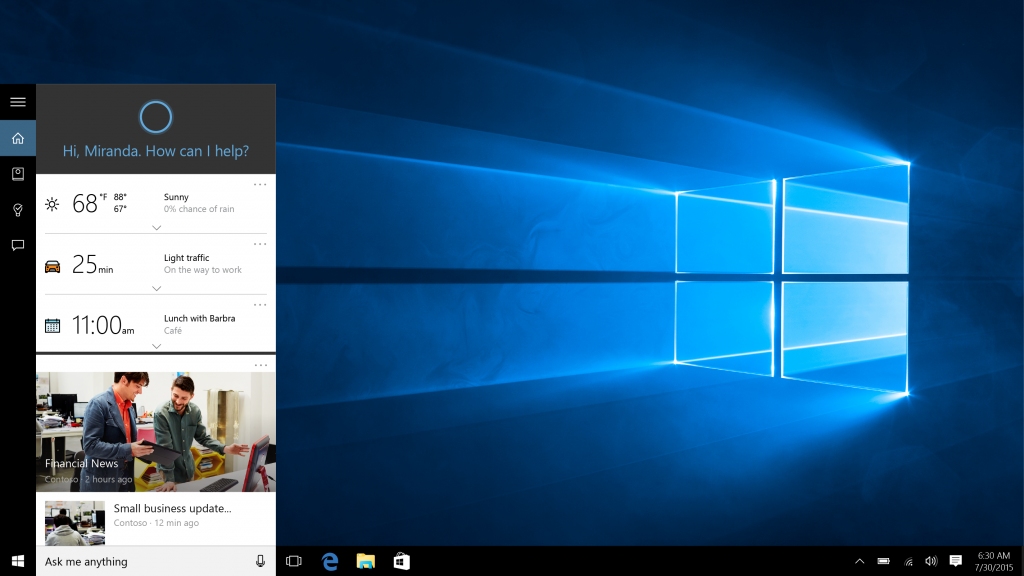 At some point in Windows 8.1 I had two versions of some of my programs installed, a desktop and a Windows 8.1 version. Apart from being ridiculous it was confusing. Microsoft realised that and took it one step further. Now developers have the ability to create a single application that will be compatible to all version of Windows 10, no matter the device. So there will be just one version for phones, tablets, laptops and desktop pc.

Another nice thing with the Windows 10 upgrade is the new Edge browser, the new Internet Explorer as many call it. In fact this browser is a lot different from Internet Explorer making it more than a branch in development. Preliminary testing has shown that the new Edge browser is quicker and less prone to crashes but time will tell if it will be able to compete with its rival, Google Chrome. 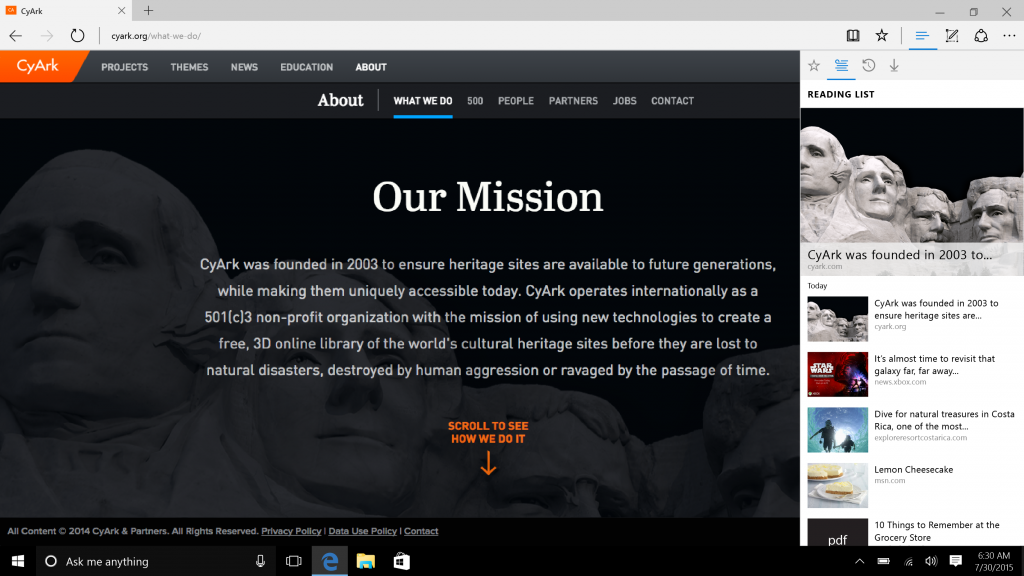 This is one of the most surprising features for the owners of convertible tablet/laptops. The UI experience changes between two modes depending on how the device is used (i.e. as a tablet or as a laptop). So when the detachable keyboard is connected on a device like the Microsoft Surface the UI is in laptop mode but when it is detached, it turns into tablet mode. It is not a groundbreaking feature but one we will surely miss if it is ever removed.

What’s going on under the hood!

Windows 10 is like a new car, all shiny and bright but there is something old under the hood, the old Windows 8 engine. There was no need for something completely new, yet again several changes and tweaks have been applied making it run a little better. Some of the more important ones are the tightening of security, very important for enterprise users, the unified kernel with some improvements that is now the same for all devices, and the implementation of new technologies such as DirectX 12.

The truth is not that harsh as implied in the first few lines. Microsoft is a big company and like all companies of its size it tends to respect its clients, or being put in a different way, no harm was ever intended. In fact the new Windows have passed through all the necessary steps to prevent such incidents. But no matter how hard one tries to fail-safe a product, a few bugs and glitches will pass through all the bug removing stages. That is why after a product is launched, there is a constant race between a company and exploiters. And even then some bugs manage to survive for many years after the initial launch. This is not the actual problem though. More than 95% of users are not troubled by security issues. They are more concerned with stability and application compatibility issues. And as with all new version of Windows some instability issues will occur. The most catastrophic transition in my experience was with Windows 2000 and later with Windows Vista. Since then Microsoft has learned a tough lesson and makes efforts not to fall in the same pits.

The final verdict is that if you are not comfortable with computer problem solving or don’t have someone that is and is available on short notice you should wait until all rough edges are polished and enjoy the final OS. Just remember the offer doesn’t stand forever. You will have to update before it ends. 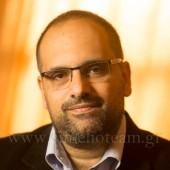 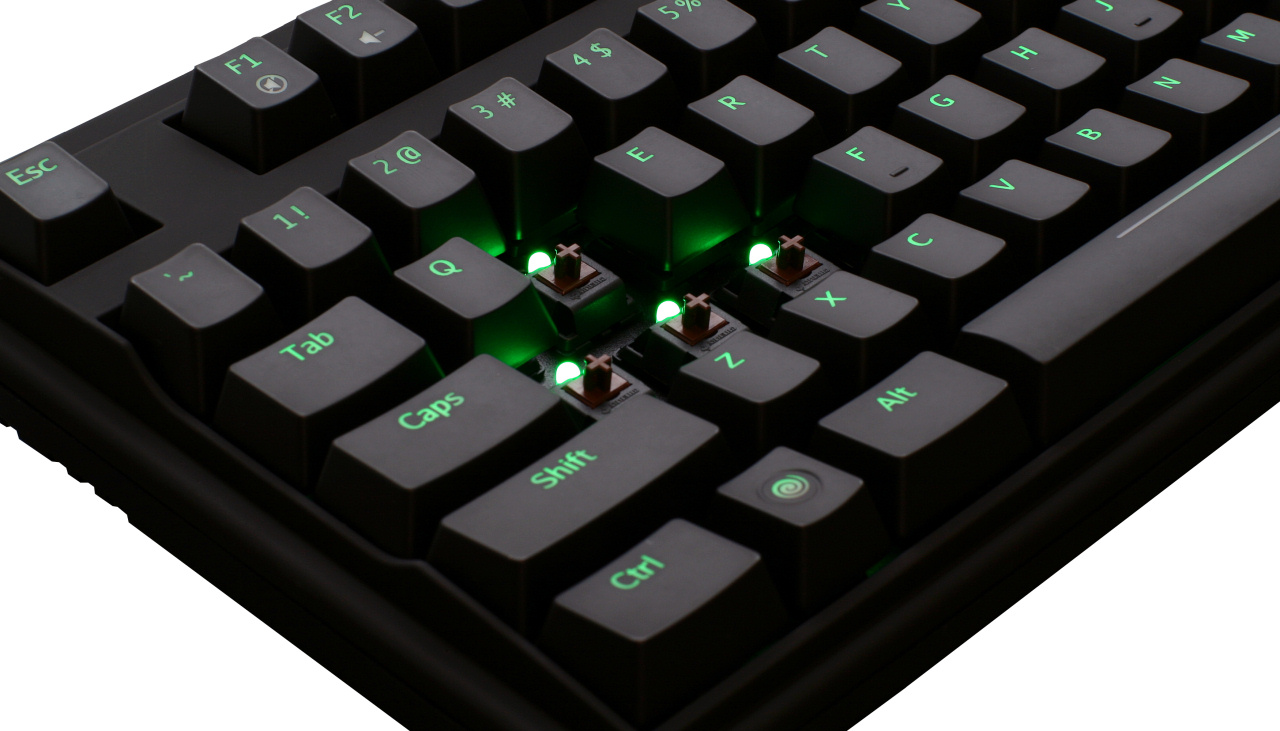 Mechanical keyboards for translators – Inside Tech